The PB Centre is primarily dedicated to undertaking world class research on global health, population and policy with the aim to improve population health and well-being. Our current research themes, with a brief overview, are listed below. We work with national and international collaborators, including national and regional governments in low and middle income countries. Details of our current projects, including collaborating institutions, are provided in the “Projects” section.

Research leading to policy changes to improve maternal and child health is the key objective of research under this theme. We are currently studying the impact of demand side financing instruments on the continuum of care in India and Bangladesh. Through this UK Medical Research Council (MRC) and Department of Biotechnology (DBT), Government of India project, we aim to develop new demand side financing instruments that can increase demand for maternal and child health services while limiting unintended consequences such as inequalities in health outcomes, out-of-pocket expenditure. We plan to expand our research in other settings where demand side financing schemes are in operation.

The PB Centre is committed to undertake research that promotes the reproductive and sexual health of men and women. The PB Centre recently completed a research project on the impact of various contraceptive methods and mixes of methods on contraceptive prevalence, unmet need, unwanted and unintended pregnancies in developing countries through an Overview of Systematic Reviews (OoR) funded by the DFID. Another systematic review undertaken by the PB Centre examined the type of family planning delivery mechanism on the uptake of family planning services. Outputs from this research are now published.

A recent PhD completed within the PB Centre examined “Harmful cultural practices and its association with HIV in Malawi”. Another project supported by a Leverhulme fellowship examined unmarried young people’s knowledge about various contraceptive methods in India and highlighted significant gaps in knowledge about modern temporary family planning methods. A component of a British Academy Research Development Award (BARDA) project examined female sterilisation regret in India and noted higher regret among women who have been sterilised at younger ages compared to those sterilised at older ages. We are currently designing a research project on HIV transmission in Indonesia. Indonesia is one of the few countries where HIV incidence is on the increase. We want to explore the role of domestic and international migration on the rise in HIV infection. This research is particularly important because HIV is increasingly becoming a neglected disease.

Mental health is becoming an important public health issue in emerging economies in the world. The health systems in these settings are not well developed to absorb increasing demand for mental health services, particularly of adolescents. We are currently developing a research project on the nexus between mental and sexual health among left-behind adolescent boys and girls in Java, Indonesia. This study will provide evidence-based information for implementing sexual and mental health interventions for adolescents through education and health systems in Indonesia and similar social settings.

The PB Centre is keen to explore ways of reducing unnecessary prescription of antibiotics to reduce antibacterial resistance, a major public health concern in the developing world. We are currently developing a major research programme on stewardship in antibiotic resistance in low and middle income countries, particularly in India, Indonesia and Nepal.

Fertility is currently below replacement level in many developing countries and there is growing evidence that fertility is falling in areas where it used to be very high. The PB Centre, in collaboration with the University of Oxford and Centre for Development Studies (CDS), Trivandrum was awarded an ESRC seminar series on Post Transitional Fertility in Developing Countries to undertake a series of events to understand low fertility in developing countries and to promote research in this area. An important outcome of this Seminar series is an edited volume to be published in early 2017 by the Journal of Biosocial Science. The PB Centre is engaged in undertaking various issues around the implications of low fertility and was awarded a prestigious British Academy Research Development Award (BARDA) to examine the consequences of early sterilisation and low fertility on women’s health and social well-being. The research showed that early sterilisation and low fertility did not help women to improve their education or skill development. However, there was a positive impact on women’s work participation. The PB Centre is currently undertaking research on the impact of low fertility on living arrangements, migration, elderly care, one child households, and on those socially and economically backward social groups. The current geographic focus of our research is on South India and is supported by a Research Development Award (RDF) from the University of Portsmouth.

We are currently undertaking a project on the impact of international female migration from Indonesia on the left-behind family members. We are investigating potential collaboration with other South East Asian countries that send female migrant workers overseas. As the impact of international female migration is likely to be different in different social contexts we want to explore what policies and programmes could be best suited to fulfil the economic aspirations of potential female migrants while keeping their social and security needs addressed. 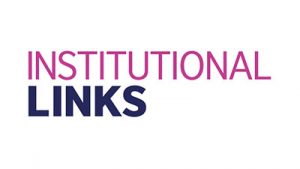 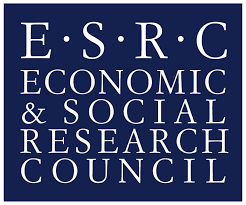